As we know that nowadays that the thermal dissipation products had been innovated for many kinds, such like the air cooling with active cooling or passive cooling, air cooling heat sink is been a long while for the period of heat sink, or the representative heat sinks. It’s been widely adopted in many fields due to its lighter weight and cheaper costs. Its structure also are simple to design and less problem occurs. These are all the strong advantages that it is irreplaceable for the PCB motherboard and power supply station equipment. However, as we know that with the time goes by, many of technology is changing rapidly and high power machines are emerging too.

The power consumption is gradually increased and more and more heat generated, if we only adopted air and fan cooling heat sinks are not sufficient for lowering down the high temperature.

So thus the water cooling system been innovated and accepted by many of machinery companies. Water cooling is better and direct cooling way to cool down the high temperature and quickly take out the heat away from the heat zone. So what if we designed a plate with water liquid flowing inside with tunnel so that it can cool down the heat area where it’s touching with cool or cold water. Because of such idea been appeared and this water cooling plate been came out out of the people’s dream. 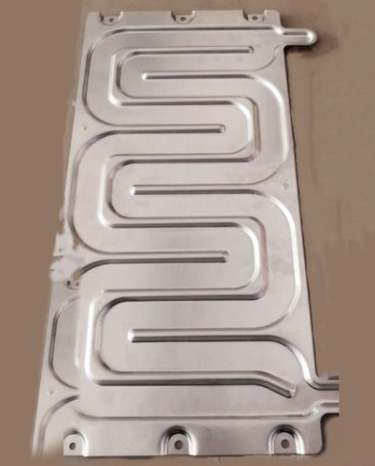 Water cooling plate has many of kinds and different application, such like the laser equipment water cold plate, Industrial power facility laser equipment and new energy automobile chill plate. In this article we are talking about the new energy chill plate, it is a great thermal cooling product that means present and precious cooling device for the electrical automobiles, because we know that once the battery is using during the hours, it is gradually more hot on surface because inside the chemical compositions is occurring and changing while is on, so in this time if you are trying to keep using it, then you need to consider about the thermal dissipation in order to enlarge its battery lifetime. Therefore it is necessary to have water cold plate for cooling down to make the temperature back to normal and stabilized its performance.

So here is the question below, how to recognize the difference of the new energy battery water chill plate?

Actually this is very to check, the normal big water cooling plate are something like the small and ultra cold plate with friction welding and copper liquid pipes. This is because the size and space in the new energy products usually are the small and space-limited itself, so every accessories need to compacted and pressed as smaller as possible. But thinner space usually means harder for placement, such like the Capacitors, electric resistance pieces and transformers are all needs to be smaller but needs to assure its performance has no any decaying, including the thermal cooling system is also the same meaning with it. So you can imagine how difficult to make a new energy products. As our company needs to take part in the role of liquid cooling plate for the new energy batteries. We need to consider about the compatible water cold plates too.

As a result, if new energy battery needs to have a better cooling performance, then we must need to increase our cooling plate with thinner and smaller in area of aluminum plate, the copper pipe would transport the water through from one end to the another end using by cold water and the water has been already been transformed from hot water into cold water by the heat exchange, with the cold water been flowing in pipes, the area with water channel would be cooler and quickly taken out the heat away. 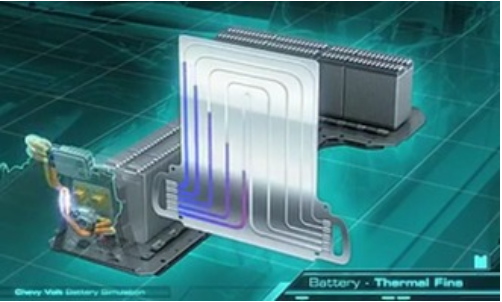 As the experiment and market testing been real and fully succeeded, the new energy water chill plate is becoming more and more popular and irreplaceable during the the technology is changing through the era of modern development. What’s more, it’s more significant that scientists and engineers are decided to develop this water cooling plate to be more suitable and more powerful cooling on the behalf of new energy cooling system. If you have more any question or requirement for the water cooling plate, that might be a inspiration for the innovator to think about if this is achievable and designed this as the new type of products. Just like someone who is pioneer that already foresaw that airplane, tank or submarine would be real in the 20th century, but eventually because of this prophecy, everything that imagined has been came true. Someone who imagine it, someone who can make it real, customers has this unimaginable requests, then some of the factories never gives it up and then struggles for aiming at it.